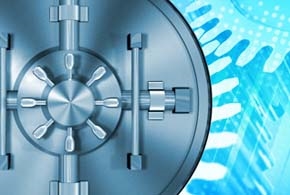 Today’s world is intensely focused on data security. Keeping private information out of the hands of criminals has obviously always been a major concern, but the internet revolution has completely changed this.

Although this technological advancement’s increase in connectivity has led to a lot of great improvements around the world, it’s also allowed hackers to intercept communications like never before. In fact, it’s gotten so bad that many companies have been forced to resort to legacy fax machines just to keep their information safe.

While this certainly does the trick, relying on such an old piece of technology can cause some major inefficiencies – along with creating some unforeseen security issues as well. This is why so many organizations have decided to make the switch to Fax over IP.

FoIP enables companies to send messages securely, without requiring their partners to give up their own legacy fax machines. However, to truly understand the security benefits of this technology, it’s important to understand the risks involved and how FoIP mitigates them.

Physical documents can be hard to keep safe

To begin, let’s take a look at a security issue that reliance on legacy fax systems creates rather than solves. The internet has completely changed how people view information crime. Most think that the only way to access private data is through digital hacking techniques, but there is a much older and simpler way to go about doing that: simply stealing physical pieces of paper.

Criminals very often will break into an office after hours or even dress up as a food delivery person to get into a secure facility. Once they’re in, they just have to look around until they find an area containing pieces of paper the average person shouldn’t be allowed to see.

“All it takes is one lapse in security at the front desk to lose important information.”

It seems silly, but relying on legacy fax machines in order to transmit and receive important information means that a company is basically consolidating all of its private data into a singular, physical location. All it takes is one lapse in security at the front desk and your entire organization is compromised.

Stepping back into the realm of digital security, one of the incredible benefits of FoIP is the fact that it utilizes encryption in order to ensure that important data doesn’t fall into the wrong hands.

Encryption has been used since humans began passing secret notes between each other. However, modern forms of cryptography are incredibly complex and require a lot of very complicated math. At it’s most basic, most types of encryption utilize a two-key system.

Say you’re trying to send an encrypted message to someone. The issue at hand here is that you have no idea whether a hacker is sitting in between you two and is therefore able to intercept your correspondence. To solve this, the person on the other end sends you what’s called a public key.

This key allows you to “lock” the data that you’re trying to send, basically scrambling it so that it’s unreadable. Now, because you haven’t set up an encrypted connection, this key is available to any hacker who is sitting in between you and your business partner. However, the public key can only “lock” your data. In order to “unlock” it so that it’s readable, you need to have the private key, which is only available to your business partner.

Of course, this is incredibly watered down, but this is a good enough description to show you how the process works. Relying on encryption means that hackers have an incredibly slim chance of being able to read what you’re sending over a connection, which gives you an enormous amount of security. In fact, this system works so well that a report from Georgia Tech’s Institute for Information Security & Privacy predicted that by the end of 2016, more than two-thirds of all data is going to be encrypted in transit.

This is one of the biggest reasons why so many companies are eager to switch to FoIP. These solutions, such as the Fax over IP provided by FaxCore, utilize encryption protocols to ensure that any data sent over the browser applications are kept out of the hands of hackers, and offer a secure way to send faxes online.

Fax tracking helps you cut down on fraud

Another big factor here is that FoIP has a fantastic feature that allows you to track every single message that your organization sends and receives. While this is certainly great for staying on top of all of your correspondence, it also helps you avoid certain types of fraud.

Due to the fact that a lot of companies rely on email when discussing financial transactions with outside businesses, hackers have come up with a way to trick employees into sending money to a fake account.

The scam is called Business Email Compromise, and it basically consists of a cybercriminal gaining access to a company executive’s email account in order to ask a worker to send them money. This issue has grown so bad that the FBI’s Internet Crime Complaint Center has tracked over $3 billion in losses. The issue at stake here is that people very rarely check their sent mail, which means that such a scheme can go unnoticed for some time.

What’s more, hackers often even delete the outgoing message to cover their tracks. A FoIP tracking system can help mitigate this by allowing company leaders to keep a firm grip on what information is coming in and going out.